The Race is on; Who will be MBI’s next Mr. and Miss

The race for who becomes the next Mr and Miss Makerere Business Institute has geared up with greater force attracting various students from different disciplines to rally for the positions.

A number of the potential leaders came out to show their interest in the offices and these include; Marvin Leonard Bukenya, Jolly Junior Mulumba, Joseph Joshua, Dominic Okurboth, and Solomon K Matovu running for the position of Mr as well as Angella Ndagire, Princess Suzanne Angel, Sharon Opinia, Anna Biyinzika, Flavour Mukama, Nusulah Nakigozi, Mitty Yasmin and Flavia Namakula showed interest in becoming the next Miss Makerere Business Institute (MBI).

The contestants had the opportunity to launch their manifestos and work plans to the supports last Friday and confirmed their candidatures for the race in a mature emotionless discussion under the theme “ Beauty Beyond the Eye” through which they as well made their open campaigns that were spiced up with entertainment, humor, and fun in order to attract attention and support.

Despite the big number of candidates, this did not stop the rest of the students from cheering and supporting their most suited candidates in the race.

Addressing the press, Flavia Namakula, one of the contestants said, “From my achievements and less disappointment that roses are only on rose plants, these have shaped me into a confident and determined woman.”

A delegation from the campus administration led by Ms. Carol Muhanguzi also graced the occasion and while giving her remarks, Ms. Carol Muhanguzi cited that it’s great to see that different students have shown interest in joining the race. She then praised them for their ideologies. 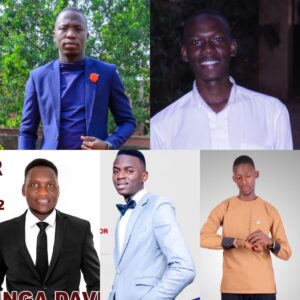 “It’s good you have come out to represent things that concern your fellow students. But the reason as to why we only hold Mr and Miss MBI competitions is that the campus is relatively small and the population is small as well,” Miss Carol added.

The race became more hot, intense, and interesting as competitors prompted themselves to sample the voting in an online exercise putting Jolly Mulumba and Nusulah Nakigozi in top seats over others.

However, all the pressure will be calmed down as the Makerere Business Institute fraternity executes its democratic right by voting for its candidates via an electronic ballot on Wednesday, April 17th, 2022.

It should be noted that 60% of the fate will depend on the total votes cast and 40% will be determined by the administration.