THE WINNERS OF THE MR & MISS AFRICA RENEWAL UNIVERSITY CONTEST 2022 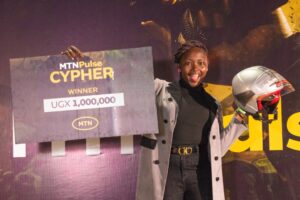 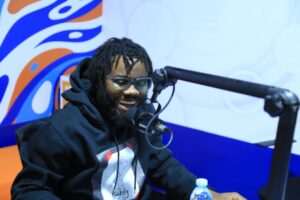 Ebrahim: My name is Ebrahim Soul’o, aka
Ibrahim Balunywa “omwana ghe Idhindha “ and I am a musician, producer and poet.
King Missy: My name is Anena Missy Ochola aka King Missy. I am a writer, rapper, actress and nursing student.

How long has music been a part of your life?

How did you come to realize that music was the way forward for you?

Ebrahim: Wabula I haven’t yet even realized it (laughs) so every day is a foundation and when I started to do it professionally, there are changes and am grateful for them though am still trying to figure out the way.
King Missy: (sighs) I realized music was the way for me when it helped me overcome my depression. It’s my go-to when am in a hard place so I will always carry it with me and it brings in some cash. (laughs)

In what way do you aim to make a difference?

Ebrahim: I think it’s mostly trying to express myself and the best way I can make a change is by being authentic and being able to claim my stakes and make a difference.
King Missy: I plan to make a difference by being Missy. I am different and everything I plan on doing will be different. I plan to give my motivational music a vibe as well.

Who are your biggest musical influences?

Ebrahim: Mmmmh, there is the obvious ones for guys my age; Jay Z, Eminem but there are artists I have found on the way. There is a guy called Orelsan, FKJ and NH but well I don’t have much big musical inspiration.
King Missy: Well people love to say; Drake, Nicki Minaj because it’s the 21st century but when you go deep we have people like Dax who is doing a lot and Flau’jae who is just 18 but is making great music out there but I don’t really have like one I look up to. 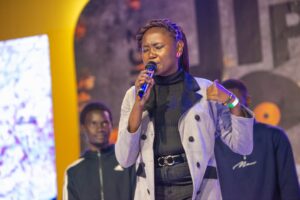 Who is your superhero and why?

Ebrahim: My family are my superheroes, my dad, mum and sisters who always come through for me in times of need.
King Missy: I don’t have a superhero but God stands out. go creates the magic and everything just falls in place and you just don’t understand what He does but it all works out. 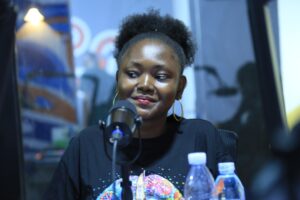 Where do you think the future of the Ugandan music Industry lies?

Ebrahim: Well, the presence of the internet is building on everything since we have diverse content, those doing RnB, Hip-Hop and mainstream and it’s big. This country has heavy talent and it’s beautiful to know and exciting to see a bright future.
King Missy: It’s in safe hands, I didn’t know we had rappers until I watched the cypher people. People are hungry and all they need is a chance behind the mic and since we have the internet all we need is a platform to build this content and expose these people.
Tags: EbrahimSouloKingMissyMTNCypherUgMTNHiphopMTNMoMo