Makerere University 72nd Grad; the Talk of the Street Now!

The pair that kept deeply and affectionately hugging on stage which left some of the reveler's jaws dropping in the audience.

One of the top highlights of the party with the massive attendance from fellow artists among which included songstress Sheebah Karungi. The best bit of her attendance was when she was called upon the stage by Spice Diana and the latter appreciated her contribution to this industry as well as shaping the position of female artists in the industry for this generation.

What a moment! As a real feminist, this moment meant ALOT! Its a win for us as WOMEN! Reminding the world that We are not against each other.
The sky got so many stars. We can all shine‼️Congrats @SpiceDianaUg on your EP! Thank you for inviting me. I really had fun! #StarGalEP pic.twitter.com/XcQQWJB7N7

The pair while at the Star Gal EP kept deeply and affectionately hugging on stage which left some of the reveller’s jaws dropping in the audience. This is because the pair had an online scuffle which created a beef situation amongst their fans. It all started when Spice Diana publicly called out Sheebah’s fans “Sheebaholics” who she accused of constantly attacking her. 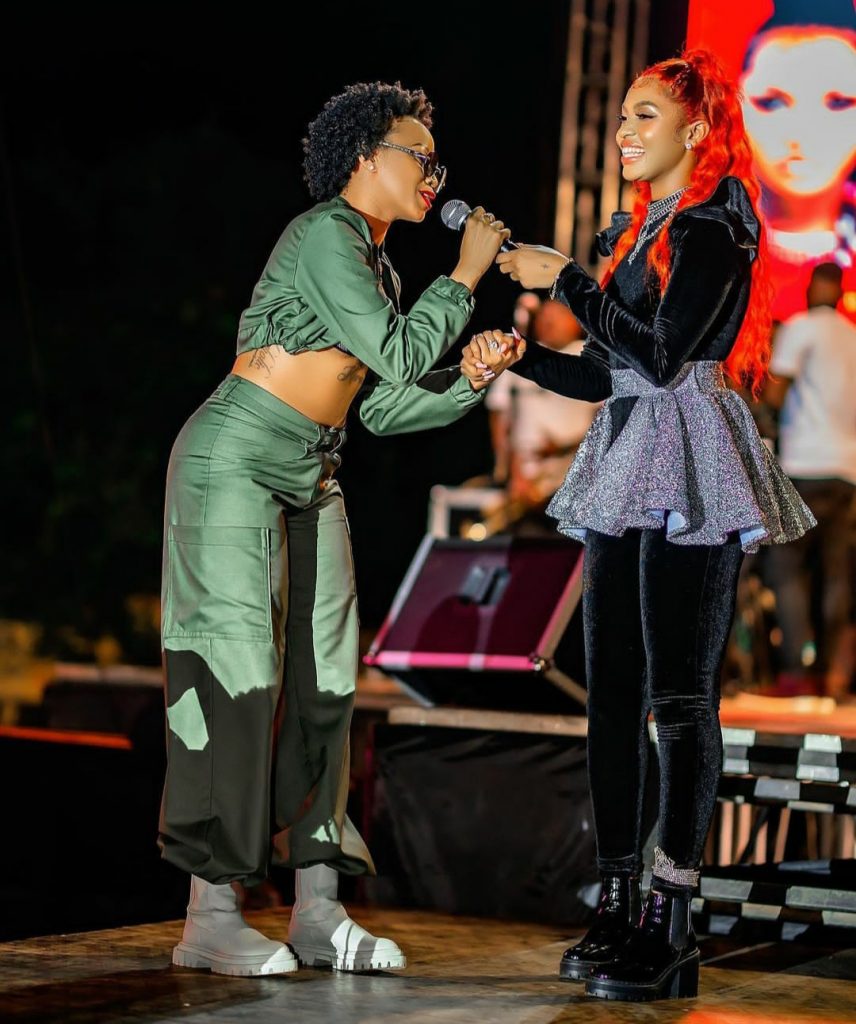 This post created mixed feelings and reactions between the two and till last night, it was believed that the pair was not on good terms. Spice Diana was very happy as she expressed that the media had done a ludicrous job in making her relationship with Sheebah look terrible but yet she had always looked up to Sheebah from the very beginning.