First-Ever Electronic Music Awards Are Coming to L.A. in September

Cavendish University welcomed new students with a city tour dubbed the seven hills tour that saw students from over the 23 nationalities that form the core students body of the university explore different sites in Kampala.

Anchored on students’ centrism as its core value, the university made it evident that the events exposed the university students to different historical city sites that most of the students had not yet explored.

Fast forward, followed by the first general assembly ever since the country was hit by COVID-19, the new students evidenced the swearing in of the new cabinet that was presided over by the Guild Minister for Constitutional Affairs as they awaited for the first post-lockdown anticipated fresher’s ball.

Among the sworn in cabinet were the Guild Speaker,  Deputy Speaker, Secretary general to the council, Integrity and Ethics minister, Finance minister, Culture and Mobilization minister, among others. 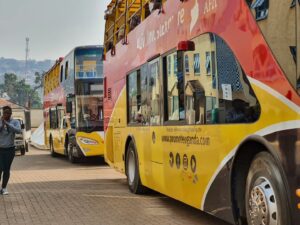 Headlined by the red carpet being rolled out, poses and photo moments, everything was in place from the giant speakers to students cladded in the coolest of attires, the event was starting to shape up to be quite the event that not even the morning drizzle could intimidate.

But before the students could jump into the fresher’s ball, they had to first listen to the university Dean of students’ message of gratitude to the student’s Guild for organizing the Cavendish university week of wonder which he dubbed as a “wow”.

“I would like to thank the student leadership for organizing such a wonderful event and as well, I would like to remind the students of the main reasons for having the general assembly,” cited the university Dean of students Mr. Medard Nabaasa 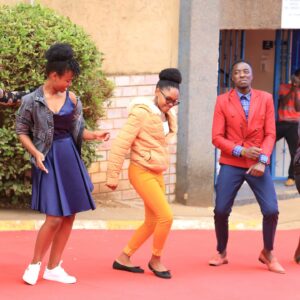 Finally, it was then time for the fresher’s ball to start rolling and what better way than to the loud sounds of Ruger’s “DIOR” to get the campus students grooving, from dancing competitions representing different nations, to modeling and amazing performances.