Moses Ebye a Second-year student of Law and a member of parliament representing the school of law in the Kampala International University Guild Union Parliament has been declared newly elected Guild president of the university's Main Campus.

Moses Ebye a Second-year student of Law and a member of parliament representing the school of law in the Kampala International University Guild Union Parliament has been declared newly elected Guild president of the university’s Main Campus.

KIU practices the Electoral college type of electing the Guild president where a candidate with the majority vote of the student’s legislature becomes Guild President.

Ebye, who rejected what he described as the unlawful declaration of Laureate Atukunzire as Guild president last week easily found his way to victory in today’s re-election as his opponent Atukunzire did not even bother to return the nomination form. 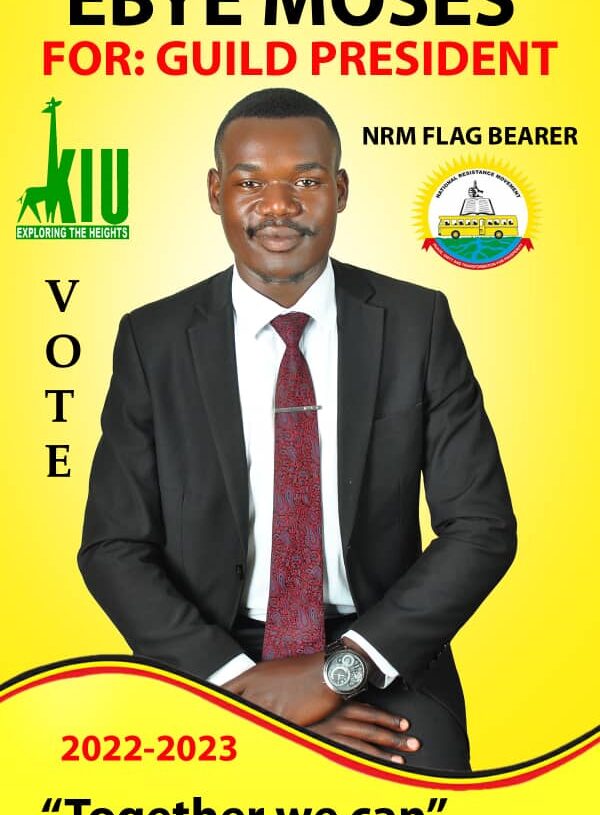 The University Administration met with all the stakeholders on Tuesday 19th April 2022 before declaring last week’s eventful election null and void. and the Electoral Commission as advised by the administration repeated the process of electing the guild President and a new but shot road map was issued yesterday.

It included among others, picking of nomination forms effective yesterday evening and returning them with all requirements by midday on Wednesday which was fulfilled by one candidate, Moses Ebye.

When asked why she didn’t return nomination forms to affirm her Candidacy, Laureate Atukunzire had a simple answer, “It is a choice“

Ebye looked helplessly happy after being declared Guild President-Elect a position he has dreamt of since joining KIU in 2020 and in an exclusive interview with MCI Radio, he expressed his joy.

“I don’t know what to say or do but I feel very happy, the rest of what I feel is hard for me to describe to you but this is the best moment for me,” he said.

Ebye will be sworn in on Thursday 21st April 2022 to replace Jacob Musiimenta who has been serving as Guild president since December 2020.