Students and Parents worried as MUK hikes Graduation fees by 100%

Saturday 19 March was no ordinary day on the MCI alumni community calendar as the  much-anticipated Sports Gala was held at the Henry Sports Grounds in Kabalagala.

With this being the very first Sports Gala in the MCI Community, it had teams spread out from the cohort of 2018 stretching to the latest cohort of 2022, the MCI academy, MCI staff,  Partners Konrad Adenauer Stiftung (KAS) and innovators like 40-40 and Na-Law.

It was now all eyes on the prize as those present were not only attending the event but needed to compete in various games like five aside football, kwepena, tug of war and so on in order to lead up to the recognition of the overall winner of the Gala. 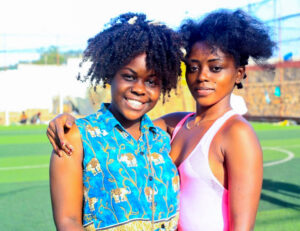 The Head of Innovations at the MCI Mr. Roland Byagaba who was also part of the events organizing committee said that the main reason for setting up the gala was to provide the alumni community with an opportunity to bond through a fun sort of activity while catching up and sharing tips and opportunities in order to grow together.

The Gala saw off the team from 4040 emerge as victors after winning on penalties against the MCI Allstar team. The shootouts ended 5-4 in favor of team 4040 who were presented with the day’s ultimate prize, “the trophy”.

All work and no play…. who said that?

Today, we showed up and showed out at #MediaAlumniUg hosted by @IMChallengeug…

This was so much fun! pic.twitter.com/r6aG0Xk8az

In a bid to measure up the success of the event, Mr. Roland Byagaba referred to the numbers of people that turned up as a contributing factor to the event, especially it being the first of its kind.

“The event was truly a success based on the number of people that turned up and moving forward, MCI intends to have various events with different partners, mentors and other media stakeholders to make the idea bigger and better.” Byagaba said.

Rather than the sports was an elevated  musical experience that was backed by live commentary of the games in different languages, a 360 and boomerang camera to capture the joyous moments and lastly the awarding of trophies to the winning team 40-40 and the MCI Allstar team which took the runners-up trophy.