MAKERERE UNIVERSITY SUSPENDS A STUDENT ON ALLEGATIONS OF INDISCIPLINE

Makerere university has suspended a student by the names of Mr Suleiman Namwozi doing bachelor of medicine and surgery for having allegedly convened an online meeting for students and student leader Aspirants on the evening of Friday 29th July 2022 and this meeting was in contravention of resolution NO 3 of the university council meeting held on 15th July 2022 which suspended Makerere university guild leadership and Senior Common Room, and all student Guild leadership structures. 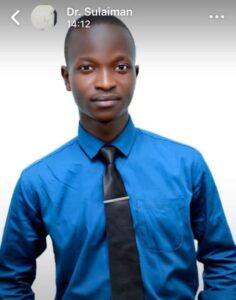 According to the allegations, it is said Mr Suleiman Namwozi made resolutions tantamounting to misinforming fellow students as well as directing the chairperson of the university council to reinstate the student guild leadership well knowing that the council was suspended the students guild, senior room and all student leadership structures and had appointed a select committee to review the student guild.

And if found to be true he would be contravened Regulation 8(9)(b)(iii)of the Makerere university students regulations,2015 which stipulates that “no student or group of students shall engage in activities likely to cause a breach of peace, such as (iii)inciting other students for unlawful action”

And due to his allegation of involvement, in the above-mentioned offence, Makerere University hereby suspended Mr Suleiman Namwozi until further notice he would later be invited to appear in the student’s court but until then he has been banned from Makerere University and its premises with immediate effect.