Ugandan Film maker and Director Loukman Ali selected among the six filmmakers from the sub-Saharan Africa that have won a short film competition by UNESCO and Netflix on the theme “Reinvented African folktales“.

Get to know these talented filmmakers and learn more about their projects here: https://t.co/yWIse17vg9 #AfricaReimagined pic.twitter.com/g7tKy9KBx7

Through a joint statement, the United Nations Educational, Scientific and Cultural Organization (UNESCO) and Netflix said that the six filmmakers will each receive a budget of $75,000 to create film and produce their short films for release on Netflix this year.

Loukman Ali makes the list alongside five other winners from Africa and these include Mauritanian director Mohamed Echkouna, Nigerian director Korede Azeez, Tanzanian 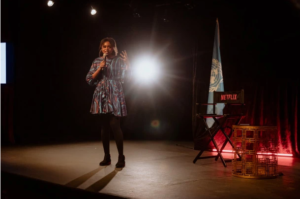 Upon the release of the selected filmmakers, Loukman took to his social media to express his gratitude and excitement towards the selection.

This comes at a time when the Filmmaker and Director rose the Ugandan flag high when he had his film debut on Netflix last year in December. 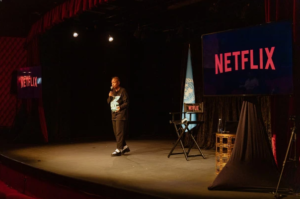 Below are the names of the winners together with the projects they intend to work on;