More than 2000 conferred degrees and award diplomas at the main campus.

Saturday 12th November 2022, Gaba road was tied in a literal jam fest as thousands of parents’ guardians, and students of the Kampala International University made their way to the University’s Main campus for the 26th graduation ceremony and not even the jam or the early morning showers could stop them.
Through the checkpoints and clearance points, the lines were only getting longer. The students were as jovial and in celebratory spirits with hugs, selfies, and congratulatory messages being exchanged and parents adorning their jubilant graduands flowers. 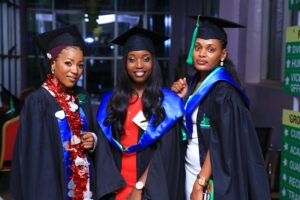 The Deputy Speaker of parliament the Rt. Hon Thomas Tayebwa was the chief guest at the ceremony and at about 9;30 the university orator through the Right honorable speaker Thomas Tayebwa invoked the charter to constitute the legal provisions for the acting vice chancellor to assume the role of the Chancellor under article 41b of the university charter of KIU. 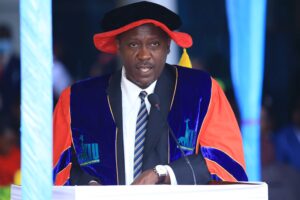 The vice chancellor through the mandate and by virtue of the authority given to him proceeded to
constitute the gathering into a graduation ceremony which kicked off with remarks from the
chairperson university council.
Prof. Fred Wabwire Mangen, in his remarks, congratulated the graduands for their hard work and
perseverance and especially the parents, guardians, and sponsors for their support. He appreciated
the university council members, the board of trustees, and the entire university management for yet another successful completion and graduation ceremony.

He applauded the KIU Community of students and university management for scaling above the
storms and persevering through the covid 19 pandemic effects and the current Ebola outbreak.
A total of 2486 students received their degrees and award diplomas with 933 females and 1320 males bringing it to a ratio of 41:49 percent. In his speech, Prof Fred announced that next year’s graduation ceremony would be held at the western campus next year. 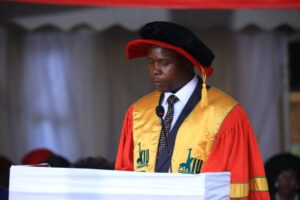 The Director of the Directorate of Higher Degrees and Research, Dr. Ibrahim Abdullahi, presents the Postgraduates graduands for the conferment of academic degrees.

Mr. Ambrose Kibuuka while delivering his speech on behalf of Dr. Al Hajji Hassan Basajjabalaba the
chairman board of trustees KIU thanked the students and their sponsors for having chosen KIU
among over 50 universities in Uganda
“Those who have made great sacrifices can now finally smile as they see the fruits of their
investment today. As a university, we don’t take it for granted.”
While addressing the celebrants, Prof. Mouhamad Mpezamihigo the Vice Chancellor of KIU reassured
them of the commitment the board of trustees continues to invest in teaching, research and
innovation facilities, state-of-the-art laboratories, and now a modern campus library, the construction of which is near completion.
The day’s entertainment was done by the Banyarwanda Students Association (BASA) whose beautifully choreographed performances were nothing short of breathtaking. 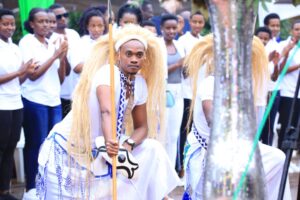 Among the notable guests at the 26th Graduation ceremony was the Rt. Hon Deputy speaker of
parliament Thomas Tayebwa, Hon. Mukasa Mbidde the former EALA member among many other distinguished guests. 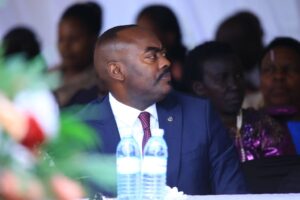 In his remarks, the deputy speaker emphasized the need for professors to be treated highly and better than him because according to him his powers stop at the borders of Uganda, and theirs goes beyond.

Hon. Thomas Tayebwa, Deputy Speaker of Parliament is our Chief Guest at #KIU26thGrad

"In a special way, I want to recognize the Chairman Board of Trustees of KIU, Hon. Al-Hajj Dr. Hassan Basajjabalaba, who has a big heart for people of all walks. pic.twitter.com/TEP4wbX5wx

The Rt Hon. Thomas Tayebwa who is an alma Mata of Kampala international university was standing
in for the Speaker of Parliament Rt.Hon. Anita Annet Among is also an alumnus of the university